Upgrading your bath taps is a great way to transform the way your bath and full bathroom look. As with basin taps, the different types of bath taps you can choose from relate to the number of tap holes already in the bath. However, most baths come without tap holes pre-drilled, so your installer can drill in holes where necessary. This allows you more flexibility when shopping, so you can choose the bath tap that’s right for you.

Things to Consider When Selecting the Perfect Bath Taps

Before purchasing your bathroom bath taps there are a few things you may need to consider:


What Types of Bath Taps Are Available?

There are many types of bath taps to choose from, and the style you go for will often depend on which type of bath you have. Our selection includes:

Bath Mixer Taps, or Deck Mounted Taps, are a highly practical and popular option. Much like their basin counterparts, mixer taps combine the hot and cold water sources to flow at the perfect temperature.

Most bath mixer taps will require two tap holes drilled into your bath and can be placed at one end or in the middle, depending on which style of bath you have. These bath taps come in a range of different styles, both modern and traditional and work well on most bath types, including modern straight baths and even some freestanding baths.

Wall mounted bath taps are mounted on the wall to provide a contemporary and stylish look. As well as being aesthetically pleasing, wall mounted taps are also extremely functional, with no nooks and crannies on the bath ledge for dirt to build up in, your bath is easier to clean. They don’t require you to drill any holes into your bathtub and can provide a flush, high-end appearance.

Bath shower mixer taps are pretty similar to standard mixer taps, however these also come equipped with a shower head attachment. This feature can be very useful for tasks such as rinsing the bath after use, making them a must-have for family bathrooms. 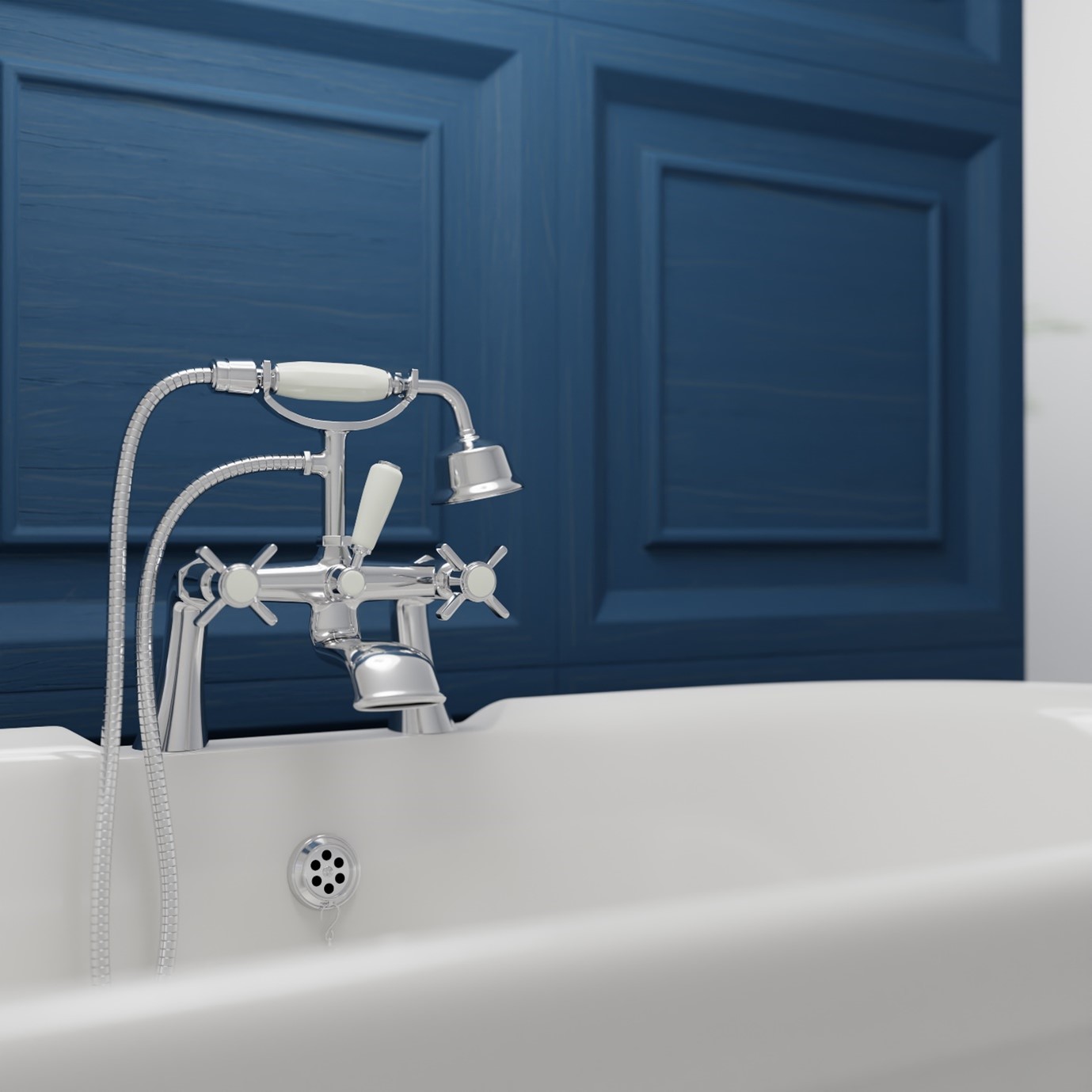 3 Hole Taps usually feature individual hot and cold taps with a central spout. They can provide an elegant symmetry to the look of your bathroom design. 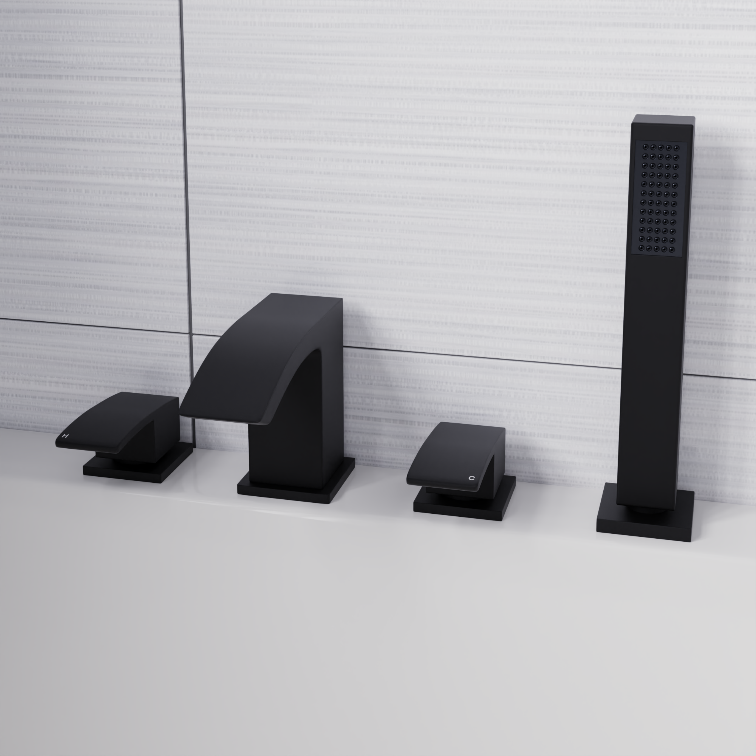 4 Hole Taps and 5 Hole Taps are fairly similar to the above, usually including two taps and a central spout however, they also have the addition of a shower attachment.

4 Hole Taps will usually have a diverter button built in to the spout to change between the use of the shower or the bath tap, whilst 5 Hole Taps will have a separate diverter valve which is used to choose this option. 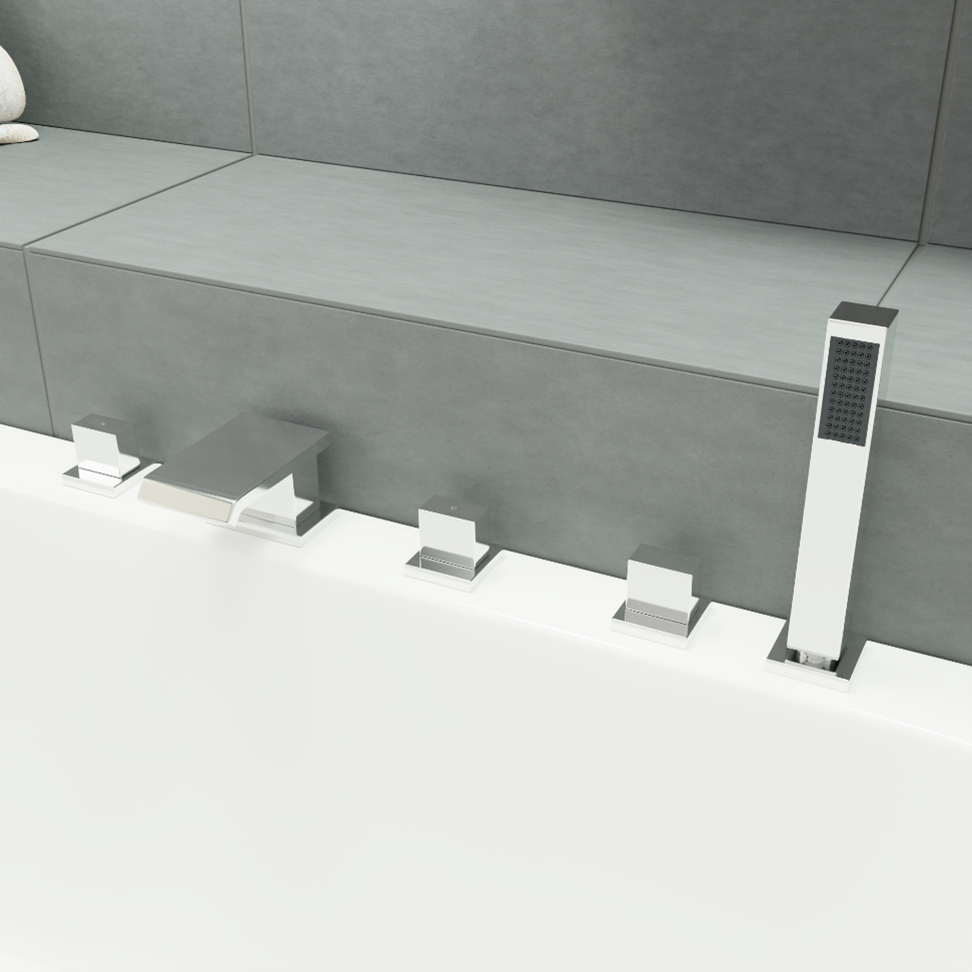 Available in both modern and traditional designs, freestanding taps are perfect for making a dramatic style statement. 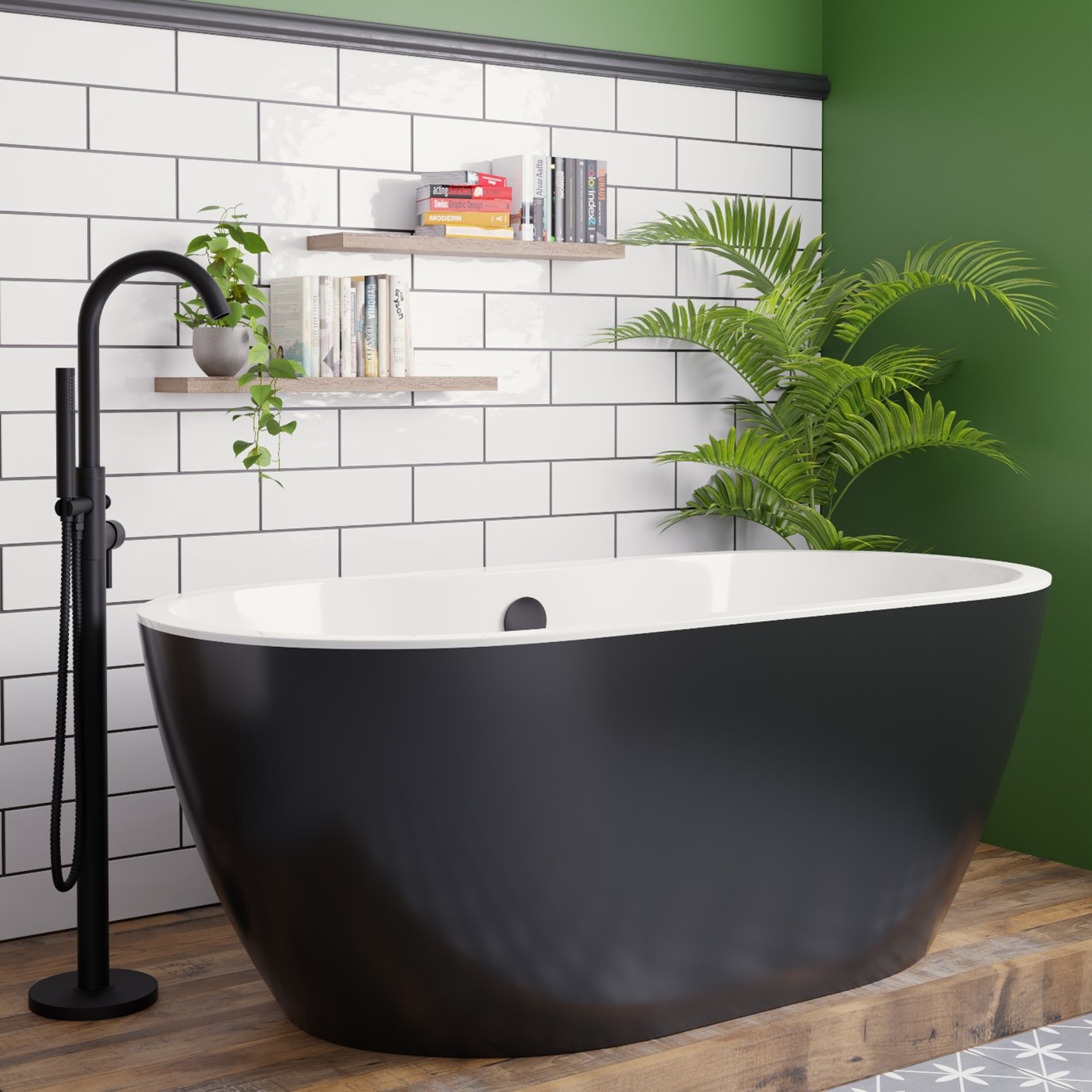 So, whether you’re in the market for a full bathroom renovation or simply looking to upgrade your current bath taps, shop our full selection online today. From black bath taps, to brass bath taps and chrome bath taps in various types and styles, we’re sure to have something to suit all bathrooms and budgets.