Shopping for bathroom basin taps might seem like a simple task initially but, if you don’t know what you’re looking for, you can quickly find yourself overwhelmed by the variety of choices in front of you. Upgrading your basin taps can change the look of your whole bathroom, without having to replace everything!

Before choosing your bathroom basin tap there’s one vital thing you need to consider: is it compatible with your basin? Most basins will arrive on your doorstep with pre-drilled tap holes so it’s important to note how many tap holes your basin has, as this can limit what taps can be used with it.

If your basin has one tap hole, mixer taps are the perfect option. Mixer taps are a popular choice in modern bathrooms, as they allow you to mix hot and cold water through one tap to form the perfect temperature. These taps are available in a wide variety of styles, so you can create the look that’s right for you.

If your basin has two tap holes, you’re better suited to a pair of basin taps. These supply hot and cold water independently, with the hot and cold pipes each connected to an individual tap.

What Types of Basin Taps Are Available?

Your style of basin can determine which taps are best for you. Our selection includes:

Mono basin mixer taps require a single tap hole in your basin and feature a single spout where the water flows out. They are the most common type of basin tap and are available in a wide range of designs, with both modern and traditional options available. Choose a classic chrome basin tap for a sleek look. Mixer taps feature a single lever which can be lifted and moved to either side to choose between hot or cold water as required. 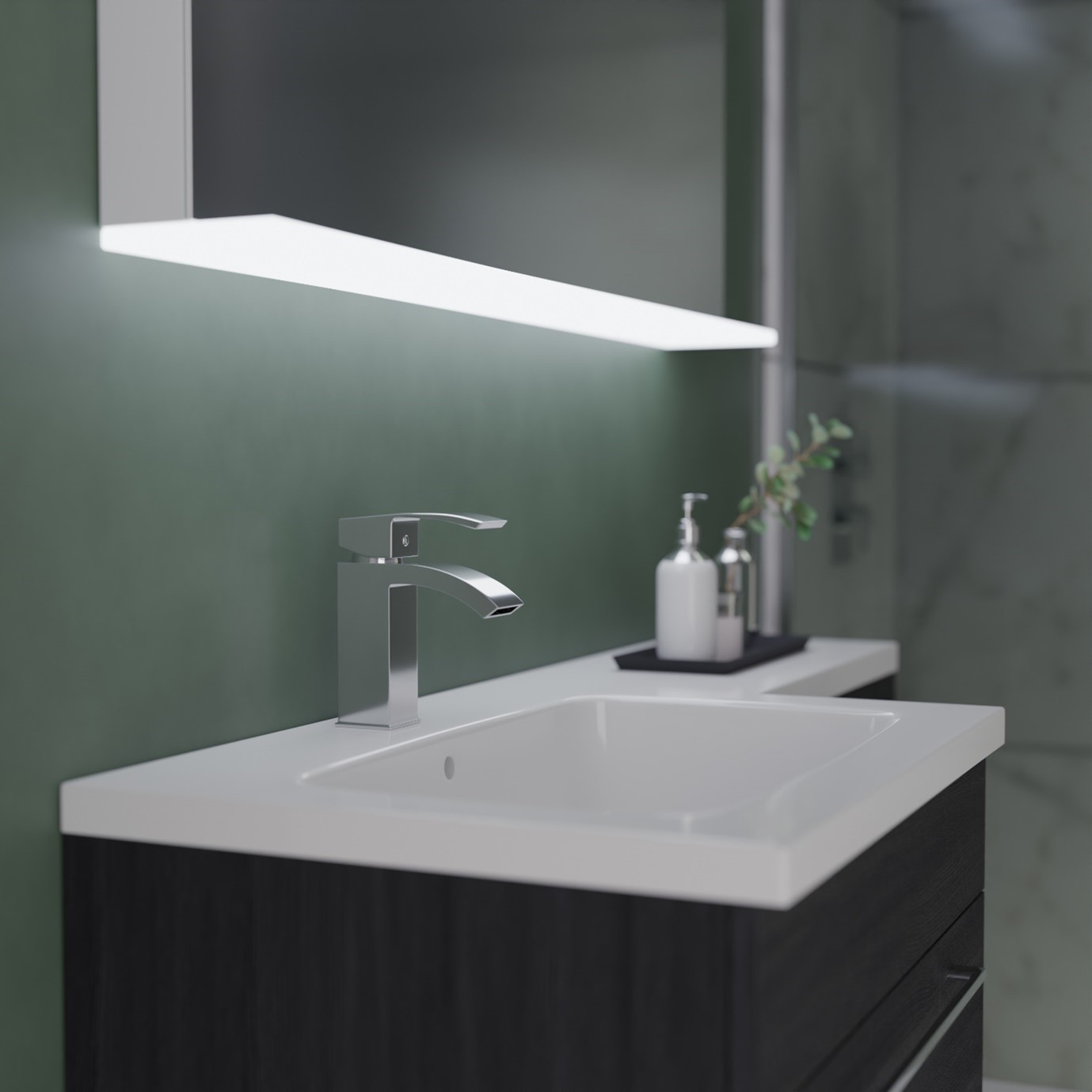 Waterfall taps are mixer taps with a difference. These striking taps have been designed with a wide, open-top spout to create a cascading waterfall effect that provides serious wow factor within your bathroom. Waterfall taps allow hot and cold water to be mixed as the water flows, creating the ideal temperature. 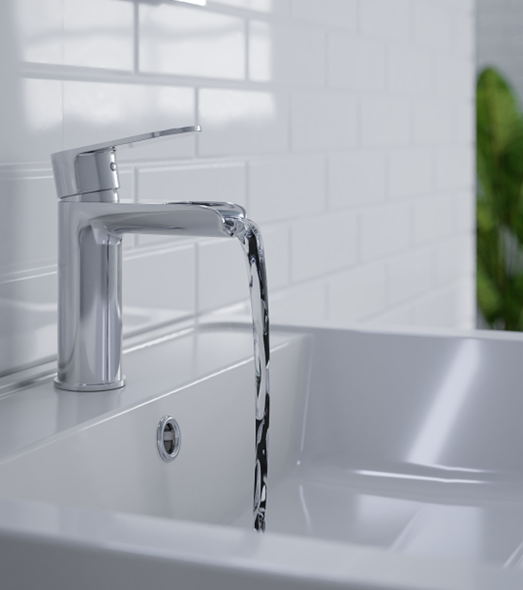 High rise taps are a great option for those looking to make a strong style statement in their bathroom. Designed to be paired with countertop basins, high rise taps are freestanding and are attached to the vanity unit or worktop, giving a sleek and contemporary appearance. Combined with a modern basin, the result is both dramatic and eye-catching. 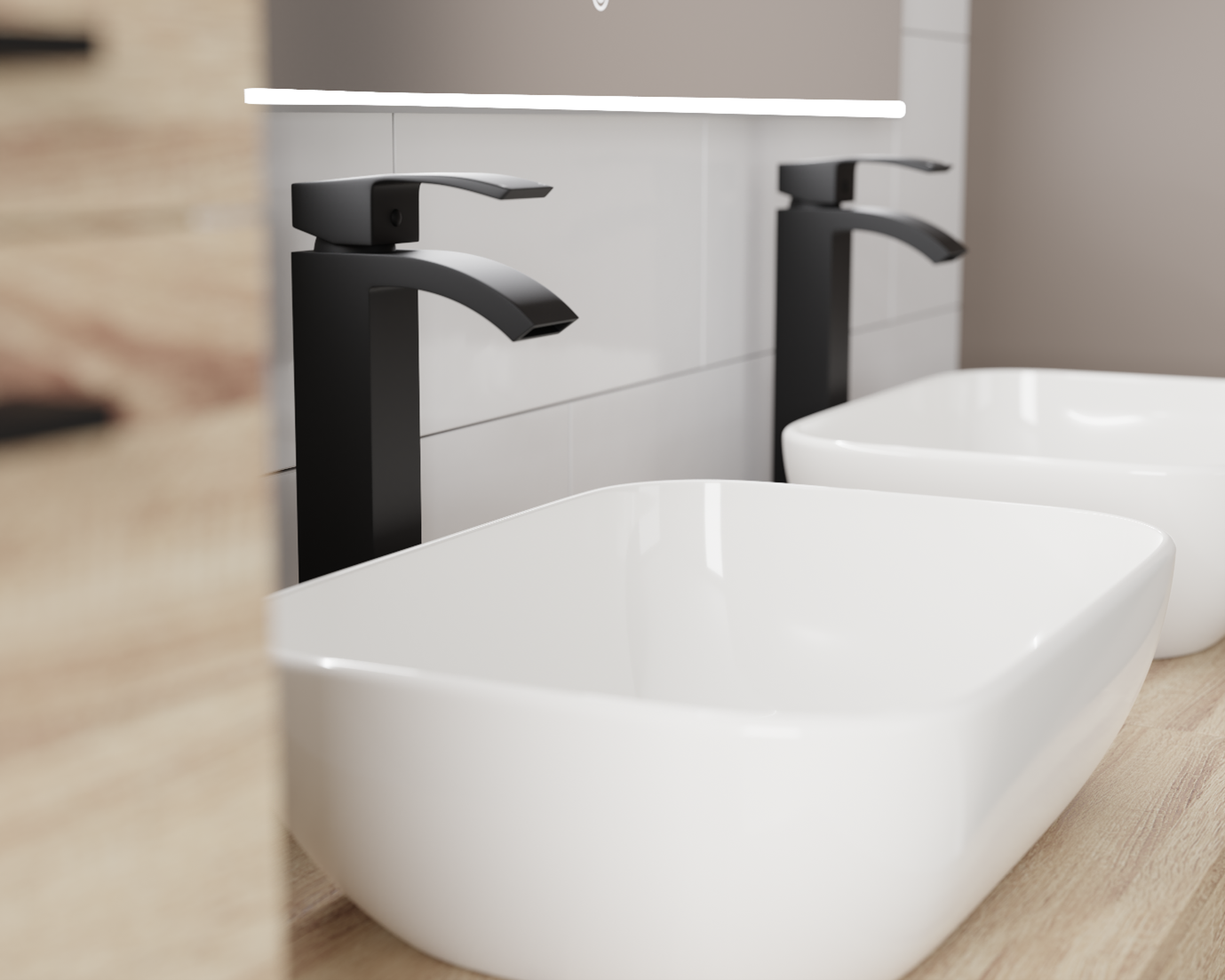 Wall mounted basin taps are a great option for the style-savvy amongst you. These taps are mounted on the wall for a sleek, minimalist appearance. A fashionable wall mounted basin tap will make a striking statement in any modern bathroom. Still a relatively new style on the market, these fresh taps are ideal to be paired with countertop basins. 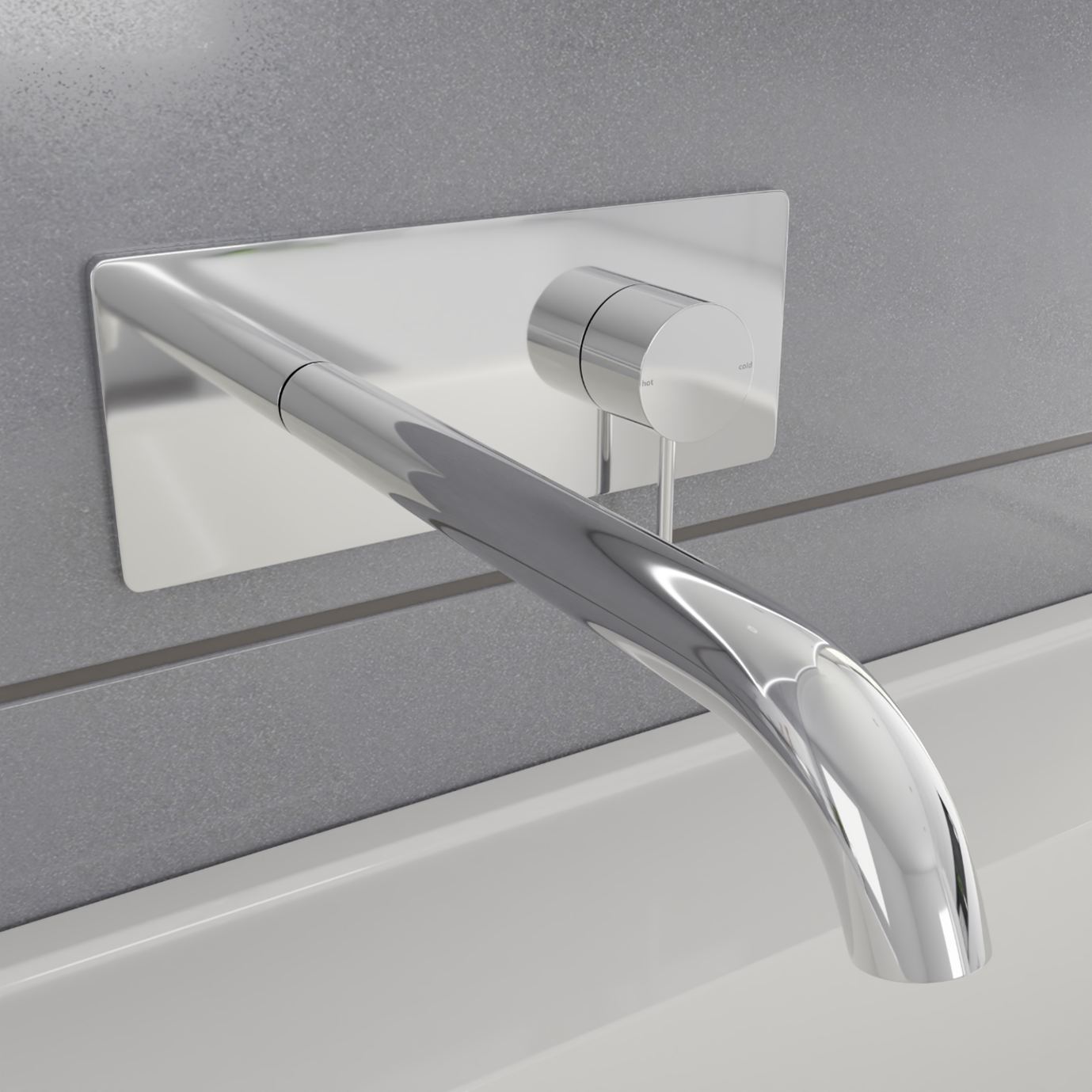 If you’re in the market for a more traditional design, then basin pillar taps are the ones for you. These separate basin taps are connected individually to their own pipe, with one providing a flow of hot water and the other providing a flow of cold water. This style of tap will add a touch of classic glamour to your overall bathroom design. 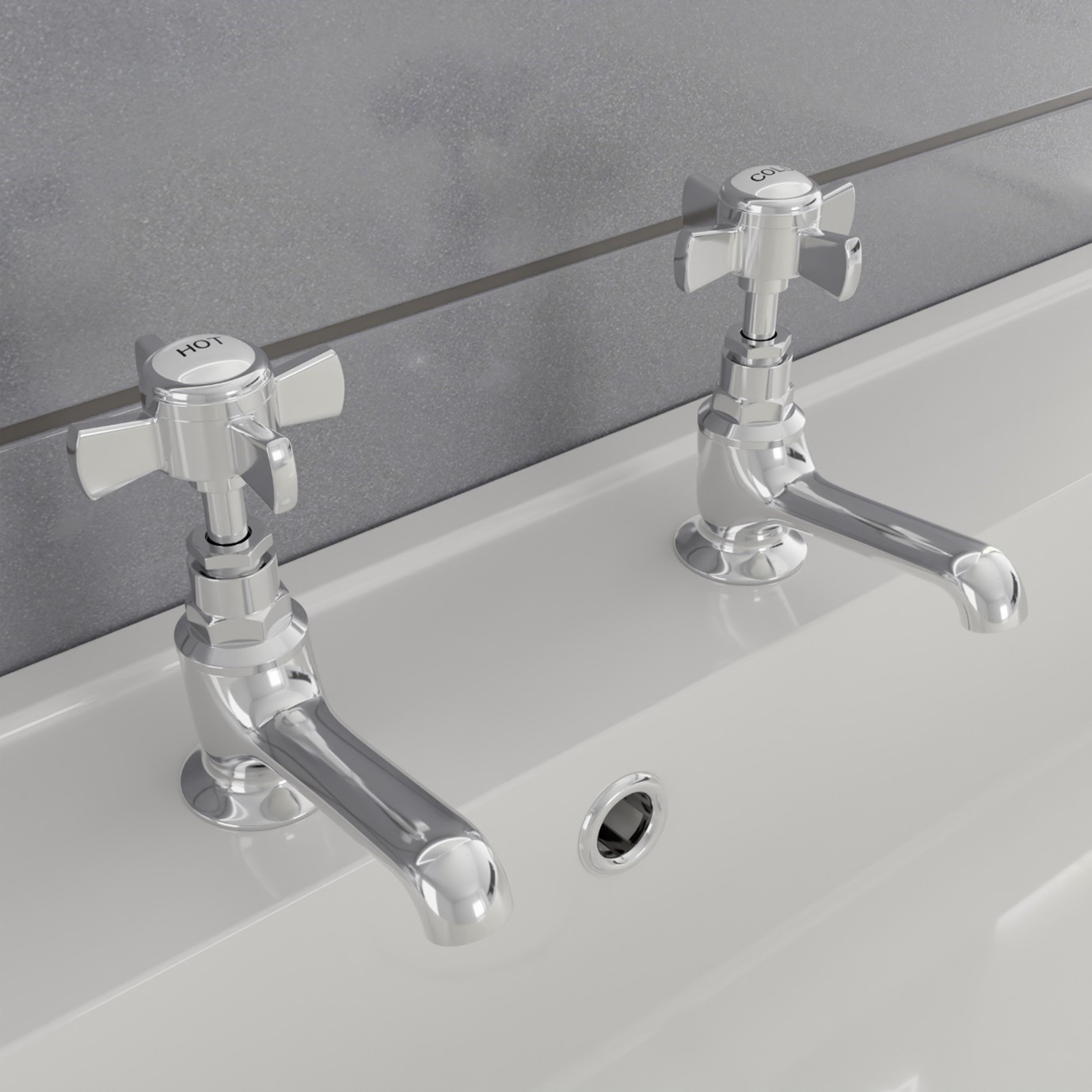 What Basin Tap Brands Do You Offer?

Here at Wholesale Domestic, we stock a plethora of well-known brands alongside our own products. Browse our full range of branded basin taps from the likes of Bristan who stock sleek chrome taps with styles including pairs of basin taps and basin mixer taps. Hudson Reed are another popular bathroom brand stocking both modern and traditional basin taps, as well as RAK Ceramics and Nuie.

Choosing the Best Style for Your Bathroom

When selecting the best basin tap style for your bathroom and basin there are a few things you need to consider:

Our basin sink taps are finished in classic polished chrome, or why not go for a brushed brass or matt black basin tap to compliment your new bathroom suite. Most of our basin taps have matching bath taps too to complete your full look if desired.